0
[SINGAPORE] Companies fingered for causing haze pollution in Singapore will have to prove their innocence or face severe penalties under a new law the government is trying to push through.

Speaking in Parliament yesterday, Environment and Water Resources Minister Vivian Balakrishnan admitted that it would be “challenging” to establish a clear nexus between the transboundary haze affecting Singapore and those responsible for it.

“Any such evidence would be circumstantial at best,” he said as he spoke on the merits of the Transboundary Haze Pollution Bill.

A clause provides the legal presumptions to allow the establishment of a “casual link” with the help of technology such as satellite images and meteorological information at or near the time the haze occurred here.

The same clause also gives further presumptions for the Singapore government to identify the owner or occupier of the land through maps from recognised sources.

Dr Balakrishnan said: “All these presumptions are assumed to be true until the contrary is proved.

“The use of rebuttable presumptions has precedents in Singapore law, and their inclusion here paves the way for Singapore to use the new law effectively to deter and hold companies accountable.”

Companies, be they local or foreign, could be taken to task for causing haze pollution in Singapore if the Pollutant Standards Index (PSI) hits 101 or higher and lasts for at least 24 hours.

If guilty, they could be fined S$100,000 for each day the haze occurs here. The fine will be capped at S$2 million.

Failure to comply with the preventive measures would mean an extra S$50,000 fine per day.

Dr Balakrishnan said that his ministry had received strong support for a regime to impose a “substantial financial penalty” on errant entities, and that this would act as an “effective counter” against the strong economic motivations of companies.

He said that the Bill has been designed to catch those involved – directly or indirectly – in slash-and-burn activities overseas that result in transboundary haze pollution in Singapore.

In his speech, he made the point that some groups of people, especially those with health problems, and the operations of businesses in the tourism sector for example, can be severely hit during bouts of haze.

He noted that an economist had assessed that, had last year’s haze crisis, which started in June, lasted until September, with pollution occasionally going into the unhealthy levels, up to US$1.2 billion in economic losses could have been run up.

The new laws will thus provide a legal resource to affected people in Singapore who have suffered from the haze to seek redress from the responsible party.

“The Singapore Government and this House want to send a strong signal that we will not tolerate the actions of errant companies that harm our environment and put at risk the health of our citizens,” said Dr Balakrishnan.

“Given the very strong economic incentives today for companies to adopt, quite frankly, the cheapest methods of clearing land for plantations, we need to tilt the playing field in favour of businesses that do the right and responsible thing, and to deter those who do not.”

He added that the Bill is not intended to replace the laws and enforcement actions of other countries, but to complement their efforts to hold companies to account.

The debate on the Bill was adjourned last night and will resume later today, after which the Bill is likely to be passed into law.

In a separate statement, the Ministry of the Environment and Water Resources said yesterday that it has offered Indonesia extra help to battle the haze in the form of a helicopter equipped to fight fires.

This is on top of the haze-assistance package offered by the Republic in June, which includes an aircraft for cloud seeding and the sharing of high-resolution satellite images and hotspot coordinates. 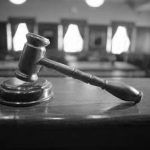 Cases to be heard in private to protect kids: ShanmugamArticles