THERE is no denying that disputes damage reputations and relationships, and waste time and money. Their efficient resolution is therefore an important aspect of business management.

Traditionally, disputes are resolved by direct negotiations between the parties themselves or, if negotiations are unsuccessful, by resorting to legal action in court or arbitration.

In recent years, however, mediation has been increasingly advocated as a means of dispute resolution. The Singapore courts have launched various initiatives to encourage it, and much has been written on it, listing its many advantages.

However, the mere existence of an infrastructure that supports mediation, even with active encouragement from the courts as well as government and non-government bodies, will not guarantee the success of mediation as an effective means of resolving disputes.

Whether mediation will bring about an outcome that serves the interests of disputing parties depends ultimately on the parties themselves.

The full benefits of mediation cannot be reaped unless both parties go into it with realistic expectations of what they can hope to gain from mediation, and what they stand to lose through persisting with the dispute. Mediation will also rarely be successful unless the parties involved adopt attitudes that are congenial to settlement rather than to dispute.

In order to have realistic expectations, parties to a dispute must understand what mediation is and what it is not.

Mediation is a process by which a neutral third party, the mediator, will assist the parties to negotiate a settlement that allows them to resolve the dispute without having to go through the costly battle of litigation or arbitration.

The aim of mediation is to end the dispute by focusing on finding a mutually acceptable solution that will bring about the most benefit to the parties. The function of the mediator is to assist the parties in their search for this solution. The mediator does not make a decision on the case, or hand down judgments to redress any wrongs.

Mediation is therefore not a process that lends itself well to the vindication of claims, or the meting out of punishment. On the one hand, parties who go into mediation expecting their claims to be proven right, or the opposing side to get their just desserts, will often come away dissatisfied with the outcome.

On the other hand, parties who seek an acceptable compromise on their initial positions will often find that they have succeeded in ending the dispute peaceably, having obtained what they really need, even if it may not be everything that they had demanded initially.

Unfortunately, even though compromise is key to mediation, parties sometimes find it difficult to budge from their initial demands sufficiently to achieve a settlement.

One reason for this is that parties tend to fixate on how far short the settlement proposal falls from what they were asking for initially.

Yet, what they fail to recognise is that their initial demands can be fulfilled only after incurring the cost of litigation or arbitration, and even then, winning the case is not guaranteed. Hence, the relevant question here is whether the prospect of a legal suit as an alternative to settlement is an attractive one.

This is where legal opinion should be sought. Unless one has had much experience with lawsuits, one is unlikely to be fully aware of the many, and often tricky, steps between asserting a claim and winning a case in court or arbitration. In the majority of cases, the possibility of losing is a very real one. Strong conviction in their claims frequently leads parties to underestimate the difficulty of proving these claims to the satisfaction of the court or arbitrator.

Aside from the possibility of losing a case, the attractiveness of litigation or arbitration as an alternative also depends on other factors.

These include the cost of legal fees, the amount of time spent preparing for the case and attending court or arbitration, the damage to business reputation, the near-impossibility of maintaining any form of business relations with the counterparty, and the counterparty’s ability to pay if they lose the case.

Parties should seriously consider how well the alternatives would satisfy their most important interests before refusing a settlement.

If they evaluate settlement proposals by comparing them with the alternatives, rather than with initial demands, they will negotiate on a much more objective and relevant basis. This will greatly increase the chances of an outcome that is beneficial to all.

The attitude parties adopt during the mediation process can determine its success. Mediation is not a debate and the objective is to settle the dispute, rather than to win an argument or score points off the other party.

Obviously, a hostile adversarial attitude will likely antagonise the counterparty and make him even more intractable.

Conversely, a party who shows willingness to listen to the other side of the story and to work together to find a compromise, will often find the courtesy returned. A little tact and understanding go a long way towards paving the road to a successful mediation outcome.

The beauty of mediation is that, unlike litigation or arbitration, it is not the judge or the arbitrator, but the disputing parties themselves who decide how the dispute is to be resolved.

Parties, however, need to proceed with the right expectation and attitude so that this power can be utilised to arrive at an outcome that satisfies their needs as much as possible. 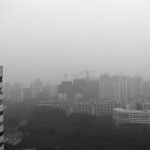